Tune in each week and nourish your soul by subscribing to updates!

We uses cookies for personalisation, analytics, and for other purposes. Learn more or change your cookie preferences. By interacting with this site, you agree to our use of cookies.

There is a huge craze sweeping the digital world and that is Pokemon Go. If you haven't seen it, its a game where you go about looking for characters called Pokemon and try and catch them. You can have all sorts of games and battles, but the big idea is to get people out of their houses and mingling with other people. So If Jesus played Pokemon Go what could we learn from him? Would it be a tool to connect with more people? In Jesus we see how he was able to culturally connect with people without compromise; he brought the reality of the love of God to every area of society.

How can we live in the world, but not become like it, to be transformed but not conform? What does it mean to live in the world culturally connecting with those around us, whilst not compromising on Jesus or His Gospel?

Soul Food is our weekly meditation, an opportunity for us to read and allow Scripture, the Bible to become pat of our lives. So we encourage you to read or listen, ask questions and apply it to your life.

If you enjoyed this, why not subscribe to free email updates ?

Enter your email address to be notified of new posts:

We never share or sell your email address to anyone.

Learn to conquer your fears

A Vision to Be - A Living Sacrifice 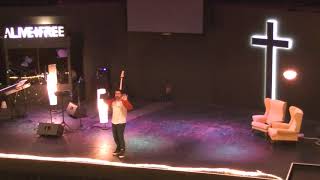 Last week we looked at vision in general, and about how faith is at the bedrock of vision - believing in the truth of God over our experiences and not letting fear of others, failure etc stop us from moving forward. We looked at how to obtain and walk with vision - REST, RECEIVE, WRITE, RUN AND REMIND. Today we are looking at personal vision, what vision do you have for your life? How do you see yourself and how do you perceive others see you?- And if faith is the bedrock to walking in vision, then sacrifice is how we access it....

In 1666 London suffer a huge fire that devastated the city, leaving only 1/5th of the building standing. Although the Great Fire was a catastrophe, it did cleanse the city. The overcrowded and disease ridden streets were destroyed and a new London emerged. We see that although fire can be devastating, it can also bring cleansing, it can bring light, it can bring life, and as we turn to Jesus message on the mountain we see how he uses a similar analogy to show his followers what they should be like in the world....

Introduction:In 1666 London suffer a huge fire that devastated the city, leaving only 1/5th of the building standing. Although the Great Fire was a catastrophe, it did cleanse the city. The overcrowded and disease ridden streets were destroyed and a new London emerged. We see that although fire can be devastating, it can also bring cleansing, it can bring light, it can bring life, and as we turn to Jesus message on the mountain we see how he uses a similar analogy to show his followers what they should be like in the world.   Key Verse:You are the light of the world. A city set on a hill cannot be hidden. Nor do people light a lamp and put it under a basket, but on a stand, and it gives light to all in the house. In the same way, let your light shine before others, so that they may see your good works and give glory to your Father who is in heaven. (Matthew 5v13-16).   Some Thoughts:How can you burn brighter everyday with the love and power of Jesus. What dark places does God want you to shine your light into? What is preventing you from doing this and how can you overcome it as Salt and light to this world?  ...

Introduction:Israel have been hurt and hurt bad - basically their relatives are coming against them, rather than helping them. The Edomites were descendants of Esua, Jacobs twin, whom Israel descended from. They were to be friends and allies, yet Edom had got proud, they didn’t believe they needed anyone, and in their pride thought they were untouchable even by God, so they persecuted the Israelites. Last week we saw how pride starts in the heart and plays out in; your position, in what you have, over your relationships, over your knowledge/intellect, over your strength/abilities. We will now see more ways in which pride affects our life, and how humility is the option that brings Grace - Gods riches, blessings and freedom to our lives.   Key Verse:But do not gloat over the day of your brother in the day of his misfortune; do not rejoice over the people of Judah in the day of their ruin; do not boast in the day of distress. (Obadiah v12) Some Thoughts:How can we live so that our fears and insecurities don’t lead to pride. What insecurities does God need to replace with his love and truth? How can we extend this love to people even those who wrong us, so that we even want what’s best for them?...

Introduction:Have you ever been in a really dark place? Have you ever wondered if God really existed? Have you ever blamed God for stuff just not working out? Have you ever faced such a big mountain that you did not know how you was going to get passed it? Being a Christian as we saw last week, although is the best thing the world has the promise of hardship (1 Peter 1, 4). Peter Tells us not to be surprised when the trial comes. Why because trial produce faith and faith produces dependance and dependance produces perseverance perseverance that will enable you to move mountain. (2 Peter 1v6). Life throws curve balls, life has mountain and giants and moments of utter darkness and how do we navigate our way through them, how do we soo God in the midst of them and how to hold on and stand firm. Key Verse:And when he came to the place, he said to them, “Pray that you may not enter into temptation. (Luke 22v40). Some Thoughts:The two great weapons of our warfare is the word of God and prayer - praying in and through the bible shifts something in us and also the things around us. So how easy do you find it to pray? What is prayer to you? How can you make more prayer more of a priority in your life?... 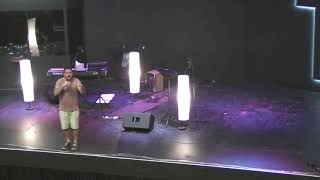 Being a Christian isn’t always easy… If we truly want to live for Christ - it costs, we need perseverance, we need to be willing to let go of our life, and as Jesus said - we need to loose our life, if we want to truly find his. I have been asking myself - What Kind of Christians is the church producing today? Are we anything like the picture God had in mind? We want to portray the true gospel, and see real authentic Christians being disciples and looking to make other disciples, who are willing to come and be a living sacrifice and whose delight is Jesus.... 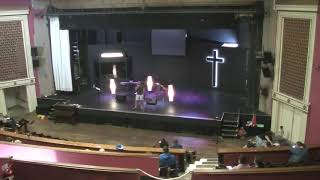 Have you ever gone though life wondering where God is? It might not be that is was particularly a bad time of life, but you just couldn’t really see what God was doing? This can often be the case both in the good, bad, but also normal parts of life. Have you ever then looked back over that time and as you have looked Suddenly God reveals to you what he was doing, and where he was? All of a sudden you see how God was fully in it?... 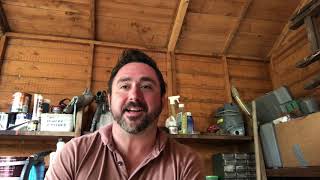 Here is this weeks video... 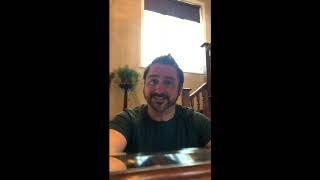 Here is this weeks weekly video!...

Enter your email address to be notified of new posts:
Subscribe via RSS: